Thank You and God Bless All The Deplorables! 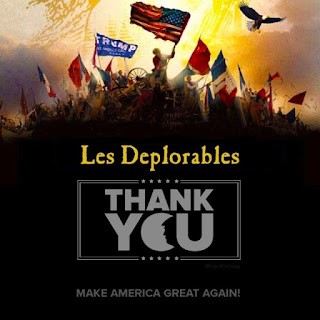 Via Waka Waka Waka, a traditional poem in honor of our new President that reflects his Scottish heritage. Notes from the author:

"§ Domhnall, the Scottish form of the name Donald, is pronounced like “TONE-all”
§ Torquil was the royal progenitor of the MacLeods of Lewis, the outer hebridean island and birthplace of President Trump’s immigrant mother, Mary Anne MacLeod. "

"When freedom is threatened by slavery’s chainsAnd voices are silenced as misery reigns,We’ll come out for a leader whose courage is trueWhose virtues are solid and long overdue.For, he’ll never forget us, we men of the crowdWho elected the Domhnall, the best of MacLeod! ...."

Be sure to go read the whole poem  --- OR LISTEN to the poem read in a Scots accent here:  http://classicalpoets.org/inaugural-poem-for-donald-j-trump/
Posted by Tina at 4:23 PM No comments: Links to this post

QOTD: Twenty Things President Trump Did Not Do


Mr Leo Decaj posted a comment on President Donald J Trump's Facebook page and asked that it be shared.  I shared it in a comment on Bill Quick's fine Deplorable Blog "Daily Pundit", and Bill liked it so well he pulled it up to a stand-alone post:

Twenty Things President Trump Did Not Do

Yet Trump is being ripped apart in the news, non stop. Barrack Hussein Obama, Hillary Clinton and the criminals occupying our government, are not. The media is the Democratic Party. Save our culture. Stop listening to them..!!

Thank you, Mr Leo Decaj, for standing up for America, and for our truly elected "by the people" President, Donald John Trump!
Posted by Tina at 4:51 AM No comments: Links to this post

A Prayer For This Time, And For President Donald John Trump's "First Hundred Days" In Office 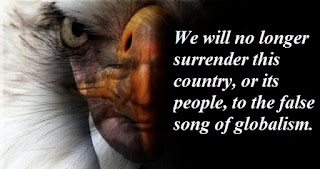 Father God, please protect the "new Cyrus" you have sent us, and guard Donald John Trump, his family, all who voted for him, and everyone who supports him, from all enemies, foreign and domestic. Psalm 83:"O God, do not remain silent;do not turn a deaf ear,do not stand aloof, O God.2 See how your enemies growl,
how your foes rear their heads.
3 With cunning they conspire against your people;
they plot against those you cherish.
4 “Come,” they say, “let us destroy them as a nation,
so that Israel’s name is remembered no more.”
....
13 Make them like tumbleweed, my God,
like chaff before the wind.
14 As fire consumes the forest
or a flame sets the mountains ablaze,
15 so pursue them with your tempest
and terrify them with your storm.
16 Cover their faces with shame, Lord,
so that they will seek your name.
17 May they ever be ashamed and dismayed;
may they perish in disgrace.
18 Let them know that you, whose name is the Lord—
that you alone are the Most High over all the earth." 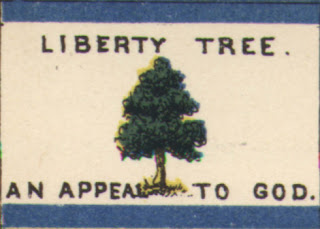 Posted by Tina at 11:42 AM No comments: Links to this post

A "Lifetime Achievement Award" means you don't matter any more.

Goodbye, and thanks for all the Heartburn,

Posted by Tina at 1:15 PM No comments: Links to this post

Today, January 7th, 2017, is the day known to many of our ancestors as "Old Christmas" from the date used under the Julian Calendar. Calendars need tweeking every so often to stay accurate, and Pope Gregory authorized a new calendar for use in the West in 1582. Thus, "Old Christmas". The Orthodox Churches, and various Protestants in Europe, including the Amish, retained use of the old calendar, esp for calculating Holy Days,

May 2017 bring a new era of peace for all followers of Jesus Christ, and the spread of genuine faith in Our Lord to the ends of the earth.

Posted by Tina at 11:46 AM No comments: Links to this post

Hillary, Democrats, Media, & Quislings started out by pretending that poor old Hillary "I fall down but someone props me up again" Clinton was a shoe-in, despite that she's crooked and looney to boot, and they kept pretending all the way up to the Electoral College vote: Democrats and Media pretend that Hillary lost >90% of the Continental Land Mass "because Voter ID": Democrats, People Famous-For-Being-Famous, the Weirder of the Mainstream Media, Quislings, and College Freshmen ran around yelling, to nobody in particular, "Not My President": Democrats, Illegal Aliens, and Professional Rioters ran around committing arson, vandalism, and generally acting like they live in the Third World when they found out that Hillary made history by being one of two women nominees who couldn't get enough people to actually vote for them to win the election in 2016: Then they tried pretending that Hillary and Jill lost because of "rigged voting", until recounts showed more votes for Trump, and ... hey why are there more votes than voters in these places Hillary won? Having lost the Presidency, the Senate, the House of Representatives, a majority of Governorships and most State Legislatures (Dems hold Governor & Legislative majorities in only FIVE states) , some Democrats begin calling for "bipartisanship": And finally, the ridiculousness reached levels of clinical instability, because they have to live with the knowledge that in the end, all those people the Elites and Progressives and Globalists and Democrats have been laughing at... are not so ordinary after all. Posted by Tina at 11:47 AM No comments: Links to this post

Iron Bear, over at Daily Pundit, has cataloged a few of the many blessings we saw in 2016 as a nation, in a list of nearly a hundred.  A few of my favorites:

15. Trump’s Election proved that Polls can’t be trusted, and Pollsters no longer matter.

65. “Turning Texas Blue” turns out to be a Democrat pipe dream. Trump turns Pennsylvania, Michigan, Wisconsin, and Florida Red instead.

69. Despite the best efforts of Global Warming enthusiasts, polar bears are thriving and stubbornly refusing to go extinct.

93. After fourteen girls and women were captured by Boko Haram, a massive raid in multiple villages resulted in over 800 hostages being rescued by the Nigerian Army.  ... no self indulgent celebrity Twitter selfies were included among the armaments used in the rescue.


Plus don't miss the comments~
Posted by Tina at 4:38 AM No comments: Links to this post