Doctor Zero's "A prayer from the living world" 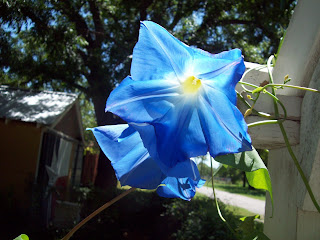 I first read this on Hot Air's "Green Room" shortly after Doctor Zero first posted it. Since then, it remains one of the best arguments against suicide that I've ever read.

Doctor Zero's own blog doesn't exist any more, and the domain has been usurped by some commercial spammer.  The post in the Green Room doesn't exist any more and the link goes to something different. Finally, the archived Hot Air URL itself ends with the word "Trashed", which concerns me that the full text will someday disappear: https://hotair.com/archives/2010/02/26/a-prayer-from-the-living-world__trashed/

So I am pasting the whole text here, to archive it as permanently as I can on a freebie blog.  God bless Doctor Zero for writing it, and God bless and protect everyone whom it has helped over the past 8 years, and who it will help in the future.


A prayer from the living world

"The body of actor Andrew Koenig was found in Vancouver’s Stanley Park yesterday. His father, Walter Koenig, said that his son “took his own life, and was in a lot of pain.” Like most of my generation, I grew up with Walter Koenig as Chekhov on Star Trek, and he played a superb villain much later, on Babylon 5. Until his press conference yesterday, I didn’t realize he was a man of such incredible strength and dignity. He asked for his family to be left in peace to mourn their loss. I hope he won’t mind if I take this sad occasion to address others who might be following the road that ended in Stanley Park for Andrew. No matter how far you have gone down that road, there is always a path that leads away. I could offer no greater tribute to Andrew and his family than trying to help you take it, or at least see it.

"You won’t find the beginning of that path in your house, or your room, or any other private place where you torment yourself, and wonder why a world you’re hiding from can no longer see you. You’ll have to step outside, and take a walk through your town. You’ll pass hospitals where the gift of life is unwrapped and presented to the universe. In another wing, life is held as precious treasure by families gathered around quiet beds, surrounded by tireless machines and their tired, but determined, keepers. Perhaps you’ll find a hospice, where the dying embrace their last opportunity to share their lives with all who receive the blessing of a seat beside them. You’ll pass churches and temples, filled with the sworn enemies of despair.

"You may find yourself wishing you could give the unwanted years of your future to the clients of those hospitals and hospices. I did, years ago, when I stood where you are standing now. I was on my knees at the time, offering that trade with all my heart. It doesn’t work that way. Those who tend the hospices can tell you why, and the people in the churches and temples can explain why it shouldn’t.

"Stroll past your local police station, where the noble calling to risk your life in the service of others is answered… and the worship of death as a solution to problems meets its humiliating end. Maybe you’ll spot a recruiting station, where men and women who love their friends and families accept a duty that could take them away forever… because they know others love their families too, and there is no safe way to build and protect the future for them.

"If your walk takes you past sunset, watch the cars rolling into the driveways of apartments and houses. If you walk from night into morning, watch the people reluctantly leaving their homes, to provide for their families. Those people are not wasting their lives, but fulfilling them. They return home to enjoy their reward, and renew their inspiration. Every day, they write new pages in the human story. None of us will see the end of that tale… but I know you share my appetite to read another chapter, and then one more after that. You may have convinced yourself to ignore it, but it’s still there.

"Step into a convenience store for a cup of coffee or chocolate, and take a look at the newspapers. They are filled with pleas for help that you could answer. From the inner cities of America, to the broken streets of Haiti, and around the world, there are places where the clocks are filled with nothing but desperate hours. Another pair of hands, or another few dollars of support, are always needed. The years ahead, which you regard as a painful burden, can be given to them. It will take effort, and courage… but along the way, I can promise that your life would stop feeling like a burden.

"You may view suicide as your last chance to shake the pillars of a world that has turned its back on you. The world doesn’t need any more shaking. If you’ve been telling yourself that no one will miss you when you’re gone, you are wrong. Your suicide would tear a hole through the future, and nothing could ever fill the space where you used to be. You might think you’re alone, but you don’t have to walk more than a couple of miles from your house to see a building full of people who would be delighted to meet you. There are places like Suicide Hotlines, staffed by men and women who have spent their entire lives preparing to hear the sound of your voice, and greet every day hoping to learn your name.

"You may be afraid to face the years ahead. You’re not the only one, and if you extinguish the light of your faith and wisdom, you consign others to darkness. You might see death by your own hand as the end of unbearable pain… but I ask you to think about Walter Koenig, facing a wall of cameras with quiet grace in the hours after finding his son’s body, and understand that it’s only the beginning of agony.

"You might have decided your fellow men are rotten to the core, and you’re weary of their company. Listen to the music of Mozart, or look upon the work of Michelangelo, and consider the argument of those who profoundly disagree. Maybe part of your problem is that you’ve been listening to the wrong music, or looking at the wrong pictures. Dark waters are easy to drown in. The judgment of the human race will not lack witnesses for the defense, and they will make their case to you, if you give them a chance.

"Now, take the last few steps back to your home, and set aside one sorrow or terror with every footfall, until your mind is clear. If you’re thinking of incinerating the remaining years of your life, surely you can spare a few minutes for quiet reflection, and hear this prayer from the living world:
Please don’t leave us. We need you.
It is a quiet prayer, spoken in a soft voice, but it’s never too late to listen."