The Gulf Oil Spill, Lex Talionis, and the Rent-Seeking Style of Governance


The DeepWater Well blow out is something that happens when men try to do stuff. Wells blow out. They always have. Every single scrap of 20th Century advancement was one way or another fueled or funded by oil and the fearless drilling that pulled it to the surface. Men put their strength into their dreams and it's no legend that the price is paid in the lives of good men. Other men became legends putting the fires out and the lids on. 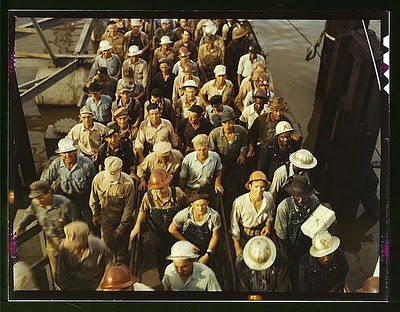 Hype can't touch calloused hands. And hype won't make legends in oil country, because the job is right there. PR won't put out an oil field fire. Photo Ops won't plug a gusher. And Reputation Management won't wash off the crude. It was Red Adair who said "If you think it's expensive to hire a professional to do the job, wait until you hire an amateur."

The Federal government is the amateur here. True leaders do not cast blame or jockey for position but seek solutions, find a vision that is doable and enable each person to find an important task in working together to build preventive solutions. True leaders don't worry about being photogenic or sounding tough, they just focus on getting the job done.

No one in BP or on that oil rig intentionally caused this rig explosion, and every one of them who survived will learn - no thanks to Congress - from the disaster how to make the next well safer, what they can each contribute on the next rig to keep themselves and their crews out of harm's way. The men who were there on that rig were and are professionals all, who understood that no great venture is without risk. They are true men: prepared to put themselves on the line in order to play their own part in the history of Great Things that America is known for.

Yet the people - in both parties - who are supposed to be leading us seem to have forgotten these things. They look past the beam in their own eye to hold a magnifyer to the mote in their brother's.

For people elected to stand in each pair of our shoes on the floor of the House and Senate, elected to stand in for each of us in the White House, to avoid their own responsibilities to bring us together into a team of workers to get the job done, and instead to put all their energy toward trying to create a mob by finding someone different from them to demonize, is beyond belief.

It's a sign of recent decay in our government that the most excessive rent seeking is espoused by all but a courageous few elected members of Congress and is even the 'unprecedented' strategy preferred by the White House and its unelected appointees.

The people we elected, of all parties, to temporarily hold our own place in government need to step back from their PR and "reaction" reports, wipe off the make up, and take a good look in the mirror. They must remember where the future lies, and it isn't in the Bletway.

This is America: land of big skies, big shoulders, big deeds. America is the land where the Constitution founds our law on consistent mercy toward all, not on retribution. Vindictive retaliation has no place in United States law or governance. Why are the people who promised to preserve American liberty taking part in this brutal and primitive ritual? Is lex talionis - the law of tooth and claw - the legacy they wish to leave their own grandchildren? While staring in their own faces, they should ask themselves why they are not dedicated to preserving these self-evident truths of compassionate law and predictable governance for future generations?

History, long from now, will not reflect kindly on this episode, but it will identify it as a turning point.

A turning toward what, is the question.