A Leader Shows the Way: Sarah Palin goes to Israel 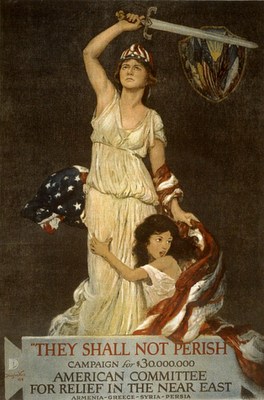 Via Professor Jacobson at Legal Insurrection (good blog, linked from my sidebar), comes Andrew Sullivan's important points about Sarah Palin's common links with other great women leaders such as Margaret Thatcher, Golda Meir, and Elizabeth I, and thoughts on her upcoming visit to Israel (more at Texas for Sarah Palin).

Palin's trip to Israel is vital, and I believe, will in future be seen as a decisive event. She needs no election to serve as an effective ambassador for Americans like me who love Israel, and who hold great hopes for a blossoming future of true liberty for all people in the coming years.

Sarah Palin is in good company with her support for the Jewish homeland:

"Peace for Israel means security, and we must stand with all our might to protect its right to exist, its territorial integrity. I see Israel as one of the great outposts of democracy in the world, and a marvelous example of what can be done, how desert land can be transformed into an oasis of brotherhood and democracy. Peace for Israel means security and that security must be a reality. "
Dr Martin Luther King Jr

"Israel was not created in order to disappear - Israel will endure and flourish. It is the child of hope and the home of the brave. It can neither be broken by adversity nor demoralized by success. It carries the shield of democracy and it honors the sword of freedom."
John F. Kennedy

"Today we should all recommit ourselves to ensuring that the miracle of a Jewish state endures forever."
Sarah Palin, 2010

Sullivan's article at The Atlantic is illustrated with the ill-fated Celtic Queen Boudicca, but the image above is Lady Liberty herself, here depicted in her WWI era garb as the ardent American defender of the Armenians against the 20th Century's first genocide.
Posted by Tina at 4:45 PM