The United States stands for the liberty of the individual to set his own course, to profit from his own decisions, to be responsible for his own mistakes. We are a nation that respects and admires our ancestors but we do not worship them, and we do not apologize for them.

This is what "created equal" means, this is what the end of slavery insured: that each person's birthright is freedom. We are not responsible for the debts our mothers leave, nor are we entitled to status or nobility. We never blame people for the actions of their ancestors - nor do we expect recompense from relatives. Fairness and equality will not abide feuds. 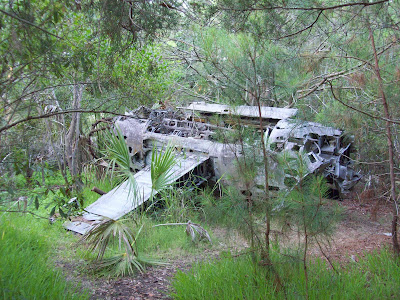 To assure that we can never be pushed back into serfdom again, and to aid others to gain their own God-given liberty, the United States stands against tyrants. We go to war to protect liberty and American interests, and in the process liberty has spread to many nations - including to Japan, which at the time of WWII was still under the rule of an Emperor, its common people in thrall to warlords, still trapped in ancestral roles.

When they tell you that America saved the world in WWII, they are not exagerating. Here is a part of the war you may never have heard about before:

"In 1989, a mass grave was unearthed at the construction site for a National Institute of Health facility in the Shinjuku section of Tokyo. ...

"These were all probably the unfortunate victims of a string of medical experiments performed on living subjects in Japan as well as in Manchuria and China by the Imperial Japanese Army. ... The infamous Unit 731 created in 1932 - aka the "Kwantung Army Epidemic Prevention and Water Supply Department" or simply the "Manchuria 731st Unit" - was also headquartered there.

"...Ishii Shiro, the director of Unit 731 who died in the 1950s, was once described as the "Japanese Mengele", a reference to Josef Mengele, the German SS officer and a physician in Nazi concentration camps who was also known as the "Angel of Death". ...

"Shinjuku was the source of [germ warfare] agents that infected thousands of people in China. Estimates of the total death toll in China range from anywhere between 250,000 and
1 million. ..

..."Details from this period were suppressed during the Cold War. The US government cut a secret deal with these Japanese doctors, giving them immunity from prosecution in exchange for their medical data," said Chang in 2004. [2] ..."

As early as 1941, US and Allied intelligence picked up information that the Japanese military were deploying germ warfare in areas of China they had occupied several years earlier, releasing plague and cholera into communities, and researching delivery methods.

Despite the astonishing betrayal of Pearl Harbor, Japan had been our ally during WWI, and it was difficult to conceive that the Japanese people would tolerate or allow this insanity, or the atrocities their armies were inflicting on captured civilians that became symbolic of the Pacific War. By 1944, it became clear that disease sources were being produced and stockpiled in multiple locations in Japan and China, including in Japanese Universities and hospitals.

By 1945, the United States and the Allies had gained detailed and certain knowledge of Japan's accelerated release of biological toxins in China and extreme brutality against POWs and civilians in all the areas Japan controlled from Indonesia to Manchuria. The Allied forces had grave concerns that Japan was planning a final, last ditch assault of massive biological bombings - an event that would have had catastrophic consequences for the entire world. Given the propensity for their military to fight to the death - in the battle for Iwo Jima, Japan's entire fighting force of 22,000 men all chose death over surrender, killing 7000 Americans and wounding 19,000 before they were through - an invasion of D Day proportions was untenable.

It became essential to end Japan's capacity for warmaking as rapidly, and distantly, as possible.

The scope of this use of biological weaponry must have made MacArthur's hair stand on end. Remember that this occurred so close to WWI that the same men fought in both, within the early years of the scientific revolution that advanced the military literally from horseback cavalry to intercontinental flight, from gunpowder to the hydrogen bomb.

After the war, the US military determined that despite the moral desire for a public trial and punishment of those scientists who carried out these experiments, it was more essential for the sake of humanity and US National Security to document and preserve the intelligence and data the Japanese scientists had amassed, particularly in light of Russia's capture of several highly placed scientists from Unit 731, and the USSR's subsequent post-war hegemony.

Had the US not coerced the scientists into documenting fully and completely all the germ warfare data and research they had done, America and other countries would have been at grave risk that others would use this kind of deadly assault against us. As difficult as it may have been for decent people to let evil walk, in doing so they put a lid on biological warfare that has remained effective for seven decades since.

To learn the truth of any historical matter, go to contemporaneous sources.

Many of the now-declassified documents on Unit 731 and Japan's Biological Warfare activities are found in the pdf document available from the AII POW-MIA InterNetwork archive [5/27/16 URLs no longer work. Here is one US Gov website with PDF lists and other links:  100,000 Pages Declassified in Search for Japanese War Crimes Records . From the page: " Select Documents on Japanese War Crimes and Japanese Biological Warfare PDF file is a selection of 1,400 documents related to Unit 731 and biological warfare experiments and attacks in World War II. It includes images of about 25 documents in the holdings of the National Archives and will be the starting point for any researcher interested in Japan’s wartime human experimentation programs.   ].

Some claim that the US should not have used the Atomic bombs to stop Japan - after years of direct conventional warfare had not convinced Japan's military or Emperor to give up its desire to conquer all of Southeast Asia. Perhaps learning the experience of China, and of the Dutch in Indonesia, will provide necessary balance and perspective.

All things considered in the full context of the time, using "The Bomb" was a difficult action - but ultimately probably the most effective for preservation of life in Japan, China, and the prison camps of civilians held by the Japanese throughout Indonesia and Southeast Asia, as well as of our own troops. We all pray use of atomic weapons will never be necessary again.

That war was over before I was born. I hold deep respect for those who preserved liberty for America and the world. I will neither second guess them nor justify those they fought. Just as today our newest Greatest Generation takes the necessary actions to preserve liberty, so that Greatest Generation did what they had to do, they succeeded, and our lives are good because of it.

But I will also not seek to shame or punish the innocent or forget the first principles of freedom. All men are created equal.

We, whether Americans or Japanese or any other nationality, who were not even born then, owe no apologies or reparations to anyone, and none are owed to us.


PS Thanks to Pat at And So It Goes In Shreveport, whose link about Hiroshima reminded me to write this.

8/7/10 Update: Via Chicago Boyz (a great blog of cultural/political commentary) comes another set of declassified documentation - this being wartime radio intercepts - that further highlight the facts on the ground in 1945, as told by Richard B. Frank in the Weekly Standard:

"The intercepts of Japanese Imperial Army and Navy messages disclosed without exception that Japan's armed forces were determined to fight a final Armageddon battle in the homeland against an Allied invasion. The Japanese called this strategy Ketsu Go (Operation Decisive). "

Be sure to also review the comments for links to additional archival documents from the time.

*Photo is the remains of a "Brewster Buccaneer" Scout Bomber, on Parris Island SC. Used for training, this plane crashed in 1943. Both crewmen survived and the wreck was towed to an out of the way location where it remains today.
Posted by Tina at 6:29 PM

"Get up. Always. Get up."
~ Ty Murray, on what to do when thrown off a bucking bull

"Once you start moving, you aren't afraid anymore."
~ Chris Norman, Britisher who, even though unarmed, helped subdue an armed Islamic terrorist aboard a French train.
“Walk toward the fire. Don’t worry about what they call you.” ~ Andrew Breitbart |