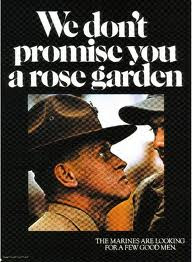 Bumping this post up from a longer version last year.... More than ever after these budget "deal" fiascoes, we need people who can remember the objective is to drain the swamp, and who won't try to appease the alligators:

When you come home, and have completed your military service and are a civilian again for good, please run for public office. Right away.

Because, gentlemen and ladies, we still need you. We need candidates for office who are tried and true neighbors of the ordinary American. We need representatives who put the welfare of the USA and its people before political expediency and personal gain.

From our first president, George Washington, to our local governors and mayors, America has always relied on her Brave to guide her safely through the calms as well as the storms.

We need people who will read bills themselves instead of taking the word of the lobbyists who wrote them. Who will debate bills honestly on the floor of Congress instead of rubber stamping the trade-off deals their aides made in the back rooms. Who will insist that voting on bills happen in Congress and not be polled in advance.

We need people who still have the capacity to notice and say out loud "That's not right!" when they get to Congress and discover the hidden suppuration and game playing and elitism and favoritism.

Throw your hat in the ring for State Representative, or for Congress. Run for school board, or county commission or city council. Your political party has local offices that need strong leadership and integrity in one local party will empower others and spread throughout the state.